When you look at the Drift 1, or Drifts rather, you don’t really know what to do at first. They look like miniature cement rollers that you may find on a construction site. What Segway attempted to do was recreate the roller blade, but in a Segway kinda way.

The result was the Drift 1. Released in August 2018, it combines two separate platforms, mimicking the independent footing roller blades offer. The Drift is equipped with the latest self-balancing technology, so you can just hop on and start moving. How far you’ll get at first is a whole ‘nother story.

Once you are up and running, you have to remember that the time you spent trying to get on it at first, has to be subtracted from the overall 45-minute run-time these rollers offer. That’s right folks, only a mere run-time of 45 minutes on a single charge. And that charge will take up to 3 hours. My kids wouldn’t be thrilled. Honestly now, it’s like going to the gym at 9 a.m. only to find out that it’s closing in 30 minutes until 9 p.m.

They can be stored  for up to six months at 100 percent power, even though the system is equipped with a battery management system that helps maintain battery health in real-time, and basically keeps these things from blowing up under your feet.

The funny thing is that we tried to find backup battery packs for the Drift and were unable to do so. So far, we were given the impression that a new pair of Drift 1’s will have to be purchased after the battery life is up.

At 38 watts of battery power you’ll be cruising at 5.6 mph (9 kph), with a possible max speed of 7.5 mph (12 kph). In case that’s too fast for you, you’ve got some silicon bumpers on the front of your vehicles that offer protection during impacts with surrounding objects. Apparently, these are a much-needed piece of hardware as the Drift does not allow you to lift it up a curb or ledge during riding.

Unlike classic roller blades, which are attached to your feet, the drift has nothing holding you to it except the friction between your shoes and the platform itself, meaning you won’t be able to hop a curb or anything like that. And further down the road, who really wants to get off of their device just to go over a rock or a stick in their path. 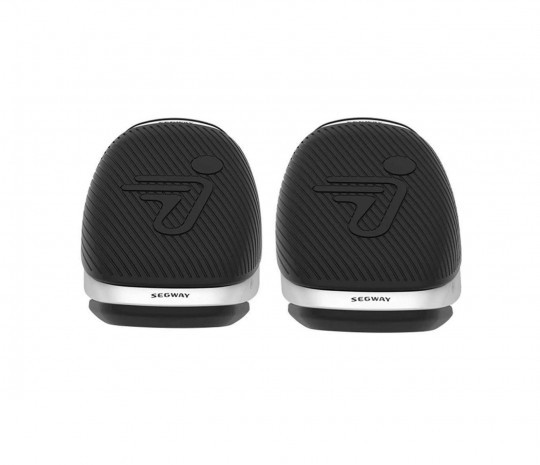 Segway likes to advertise these e-skates as being lightweight, but I don’t ever remember owning a pair of skates that weight around 9 pounds (4 kg) each. But the benefit of these is that you don’t lift them up as you ride, so really there is no extra effort exerted onto your legs.

The max load for the Drift is 220 pounds (100 kg) and with that you can only perform a ten-degree angle climb.

In case you see something at a nearby store window, the Drift comes equipped with easy-to-carry straps, which allow you to take them with you wherever you go. But remember, that won’t be too far.

With specs like these and a price tag that’ll will run you 500 bones at the Segway Store, personally I’d rather walk.

Roll on up to save up to $120 on a Segway scooter or self-balancing...

Split Your Private Placement Memorandum Into Sections For Le…